Get fresh music recommendations delivered to your inbox every Friday.
We've updated our Terms of Use. You can review the changes here.

by Robbie Jalapeno & the Bureaucrats 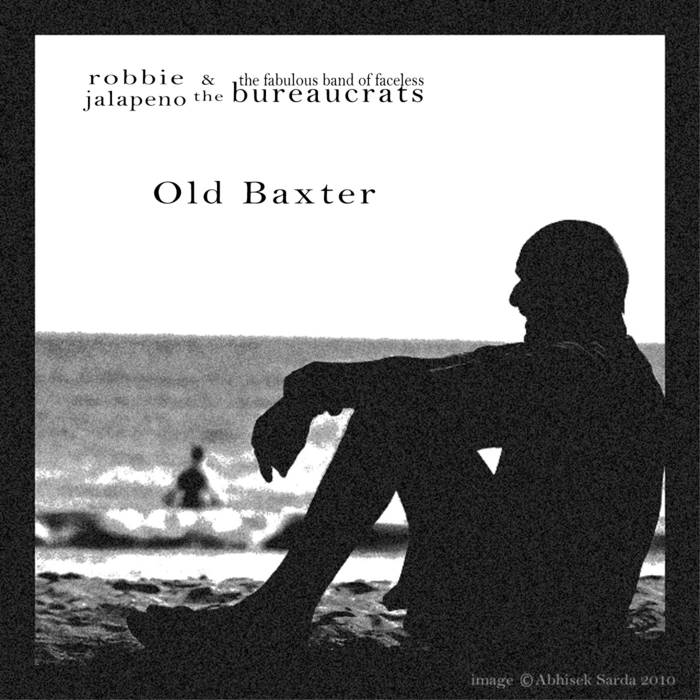 This song refers to a (fictional) man who is named after the street robbie grew up on in Padbury, Western Australia, where all the street names are named after explorers. It reflects a certain irony in that fact juxtaposed against the way many people there and elsewhere live their lives ... unquestioning, unimaginative and misinterpreting the lessons of their fathers and mothers. Laid out in the style of an epic poem, with no chorus and the same, driving 16-bar pattern repeated throughout in 3/4 time, the song bleats the bland relentlessness of striving to achieve materialist goals for their own sake. Old Baxter is the latest release from the bureaucrats' forthcoming album 'Carmina de Nihil' (latin - 'Songs About Nothing') due out in early 2013....

Old Baxter he's caught up in someone else's dream
Laurel and Clarkson blindly follow him
Ignorant to the folly, the mistake in their ways
Blind to the danger of forgetting what their hearts say

Young Baxter was fresh. Not long since a child
He sought wisdom and learning, a career and a wife
But for so many years, he failed to ask himself why
Or seek a reason or some meaning to such a life

So Baxter he worked, he toiled and he strived
For his house and his sons and his car and his wife
Repressing his anger, his ego and his dreams
He buried his soul in routine with two sevenths relief

Now Baxter he's old. He's all twisted and torn
By lust. Desire. And the dreams he's hidden from
Now Laurel points his finger at his father and to his brother, Clarkson, he says
Never have dreams or you'll end up just like he did.